We are asked everyday numerous questions about tuning, below are some of them and their answers.

Can you give my car a more aggressive tune focused on performance - i don't car about economy?

When we tune a car the fuel table is made accurate and when a car is at low loads when driven gently it is in a different part of the map than when its at full throttle. So the two aspects are independent of each other, no extra full throttle power can be given with a fuel economy tune and little if any extra fuel economy can be given above the way that we already tune the cars.

How safe is the tune you do compared to stock?

We tune the car within safe limits and when it leaves us it certainly will not have any knock apparent that could damage your engine and the air fuel ratios are in the right range. The tune is also setup so that it cannot change, so if it does start knocking or it is too lean something has changed. The car needs to stay on the fuel it was tuned with e.g. if tuned on 98 keep using 98 not 95 or 91. Get it tweaked and checked if this happens because over time things will deteriorate on the car and the engine can start to misbehave. We see a myriad of slowly appearing problems eg fuel pumps rusting out, injectors getting dirty, catalytic converters blocking, spark plugs increasing in gap, spark plug leads perishing, engine oil being induced etc.

Yes we can tune all V6 Commodores now from Alloytec VZ through to the current VF V6. This is only recently available.

Can my car lose its tune?

The only way the car can lose its tune is if it intentionally wiped by another tuner or ourselves. Taking the battry lead off resets the system but does nothing to the tune settings. 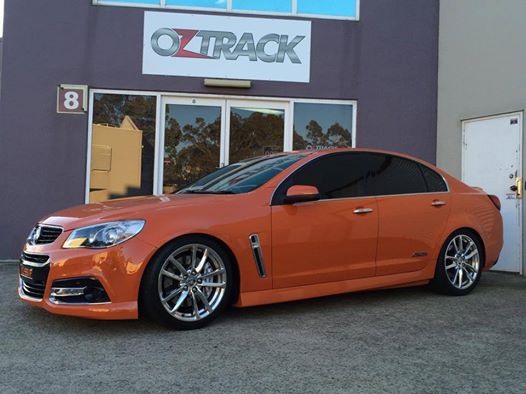 How much power will my car make with a tune?

Engines even within the same model vary a large amount in power when tuned and that is even cars with all the same mods. Cars that have always been gently driven and are low km tend to make the least power. You will notice a solid difference in throttle response, will be able to use high gears at a lower speed and the car will have more power at all rpm, it will also use less fuel.  We could quote you our best ever numbers on the dyno but that wouldn't be a fair answer as the average cars are often 20 rwkw lower than that. We do not regularly do before and after testing, this is because it is slows down the progress of the job because the engine will then be very warm after the "before" testing. We also have seen evidence of other competitors spoiling the before results so that the after results look better, so we decided as a business not to participate in what is often not a level playing field. We have seen cars gain as much as 30 rwkw from a tune, even in new HSV LS3 they often gain 30 rwkw from a tune and OTR then around 20 rwkw agin from a full exhaust. LS1s typically gain more than this.

My car was tuned and has been running very well until recently where it has lost a large amount of power but it still running smoothly. What could be the cause?

The most common cause is the intake air temperature sensor is not plugged in or it has stopped working. The second most likely cause are blockages in the exhaust, start by having the catalytics converters inspected.  Other things to have checked are air filter dirtiness or blockages - we once saw a car have a filter fall out of a cheap OTR.  Check fuel injectors for equal flow or have them cleaned.

My car is varying in the way it idles and even changing the rpm at idle and is changing rpm every 30s or so. What could be causing this?

This is caused by a sick O2 sensor. The fuel trims build to maximum and then reset to zero and this is causing the rhythmic change that you have observed. Get them replaced.

My car doesn't idle consistently. Its an LS1 with a cable throttle body. What is the cause?

The throttle position sensor is faulty and is not consistently reporting zero % during a no throttle condition. This is important because the engine enters idle mode based on this signal. Often the faulty throttle position sensor will report above 1% and this makes the car never enter idle mode and the engine rpm will vary up and down called hunting or will stay constantly high. This most often occurs when the throttle body area is hot. The way to fix it is replacement of the sensor and sometimes also involves modifying the mechanism if the connection point is worn.

I can hear ping pong ball sounds in the my engine under load? What is the cause of this and is it safe?

The sounds you are likely hearing are pinging which is caused by the fuel igniting too early in the engines cycle. The engine has excessive timing advance for the fuel that is in it at the moment. The engines tune calibration either needs to be changed or the fuel octane needs to be increased. Sometimes this can happen because someone has put 91 octane or E10 in a car that is tuned for 98. Drive the car gently and keep the engine load away from where it pings until it is fixed. This can hurt your engine so take care. Other causes of pinging to start happening when it wasn't before are blocked catalytic converters or blocked exhaust, dirty injectors which can happen slowly over time, failing fuel pump and more.

I have had a cam upgrade and now my engine is stalling easily. What is the fix?

Cam upgrades require more air at idle than standard. The tune needs to be adjusted along with increased air being provided through the throttle body blade by a hole being drilled in the blade or the existing hole enlarged. Bigger lumpier cams require the largest holes. Take care when doing this because if the hole drilled is too big it may not be possible to have low enough rpm in coasting conditions without blocking up the hole and starting again.

I have had a cam upgrade and the car is driving very ugly at low rpm. What can be done?

Click this link for more information about what we tune